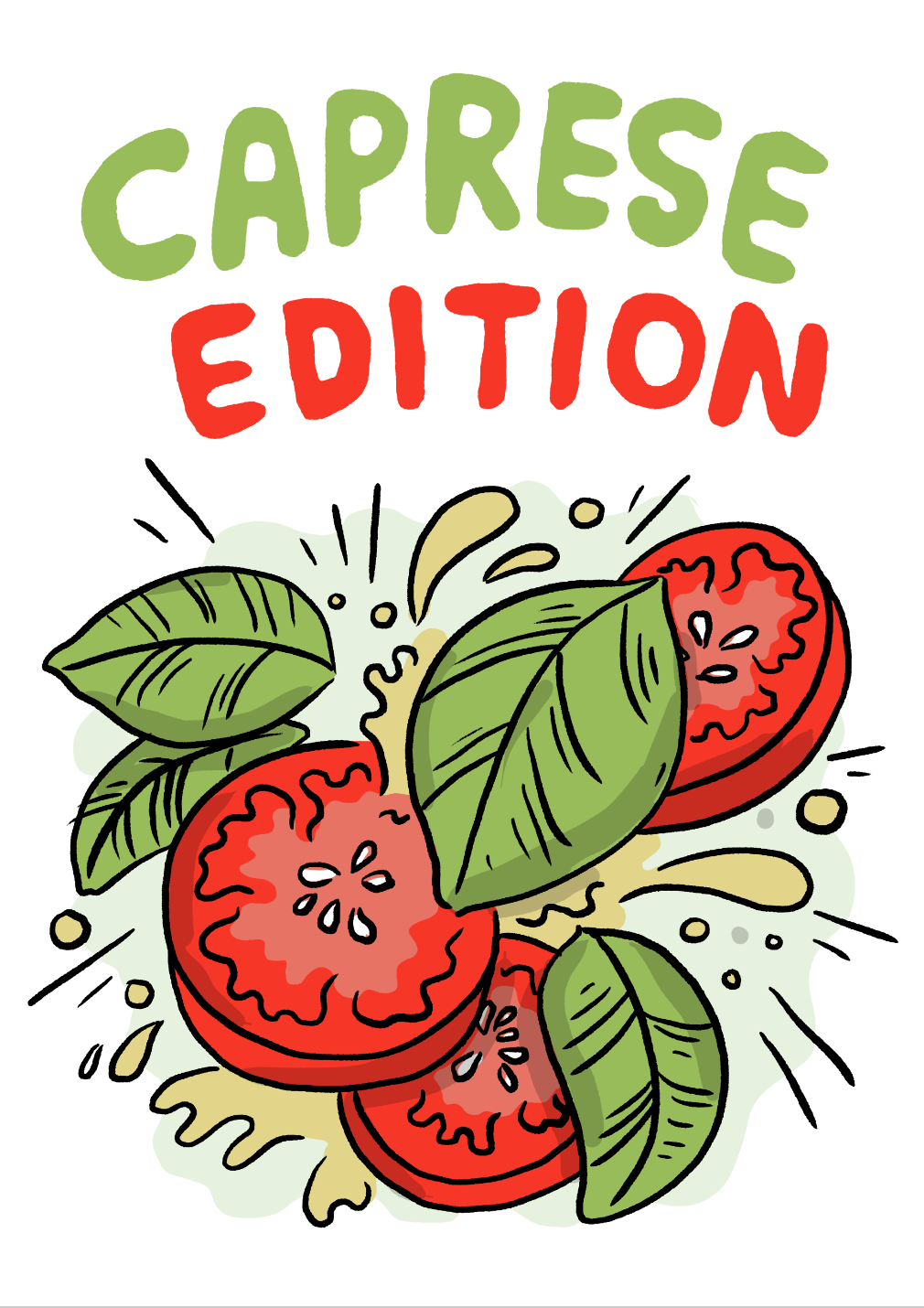 Yes that’s right growers, it’s that time of year that every gardener loves, it’s the time where we start to think about getting our delicious summer vegetables started, so long kale and hellooooo tomatoes!! Whether you’re part of our Grow It Local - Seed Service or just keen to get a few tommies in the ground to enjoy over summer, we’ve got you covered.

When I think tomatoes, I think Mediterranean, you know, Spain, Italy, those kind of places. It may surprise you to know that the modern day tomato heavy weights were a little late to the party though, with the plant ancestors (plantcestors?) of the tomatoes we know today hailing from South and Central America. The OG tomato had fruit about the size of a pea and was used in cooking by the Aztecs and other mesoamerican civilisations. No one knows for sure when the tomato was first domesticated, though historians have found evidence of it being cultivated as far back as 500BC.

Fast forward to the modern day and tomatoes are enjoyed around the world, with them being one of our favourite plants to grow and cook with in the kitchen. From wild tomatoes we now have over 10,000 listed cultivars of tomatoes!!!!

However, for the Seed Subscription Service, “Caprese Edition” we could only choose one, and we’ve selected for your growing and eating pleasure The Riesentraube tomato. The Risenstraube is a German heirloom variety dating back to the 1800s and is a vigorous tomato variety that produces copious amounts of crimson red tomatoes that are about the size of a grape, hence the name, which translates to giant bunch of grapes!!

Tomatoes love the sun, ideally receiving at least 7 hours a day. So choose a place that gets plenty of glorious summer sunshine. That said,  If you’re in a super warm part of the country, where temperatures regularly get over 40 degrees, then your plants may get burnt from the heat and you should pick a spot where most of that sun is received in the morning or rig up some shade cloth to protect them from the worst of the heat.

If you’re wondering whether to grow your tomatoes directly into the soil or into pots, then fear not, because they will do well in either.  If you do decide to grow in pots, remember that tomatoes are a hungry and thirsty plant so plant one plant per pot into large pots full of rich potting mix and make sure you pay extra attention to their watering needs.

Warm temperate/subtropical: Assuming you live in a frost free area, get those tomatoes into the ground anytime from late August onwards

Cold temperate: You can start your tomatoes indoors or in a greenhouse from late August onwards, though you will have to keep them protected until the risk of frost has passed. At that point you can plant them out in the garden

Tropics: You can start your tomatoes any time in the tropics, though if you plan on growing them through the wet season, make sure they are protected from the sun with some shade cloth but are also grown in an area that receives plenty of breeze for ventilation. If in doubt, hold off planting them until the beginning of the dry season, where they will pump along nicely. 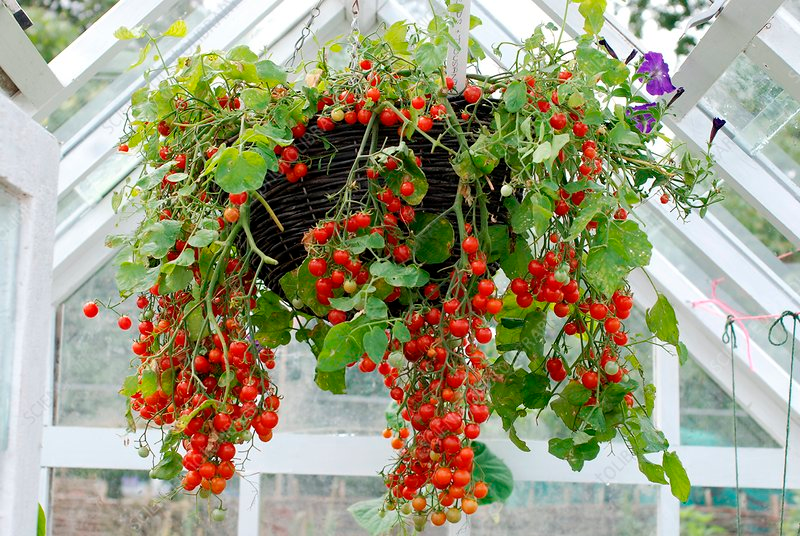 Tomatoes love growing in rich soil, so make sure that you prepare your beds or pots with plenty of compost, well rotted manure or worm castings a week or so before planting your tomatoes into them. To give your tommies the best start, I also like to pop in a little handful of garden lime when I’m planting them, this will help to make the soil a little more acidic, which tomatoes love!

When it comes time to plant, dig holes that are 10cm deeper than the pot, pinch off the lower leaves from your seedling and plant the tomato into the ground so the soil level is just below the lowest remaining leaves. This will help to steady the plant while it’s adjusting to its new home and new roots will quickly grow from the portion of stem that you have buried.

Space plants 60cm-80cm apart, give them a good watering in with a seaweed emulsion like seasol to get them off on the right foot, then mulch around the plant to keep the roots cool and moist.

Once your tomatoes are in the ground, make sure they receive regular water around the roots, rather than over the leaves, tomatoes hate drying out completely and if you only give them a good drench every week, they will be more susceptible to a raft of pests and diseases.

As your plants grow, you’ll need to stake them to support the tomatoes as they grow. Timber stakes driven into the soil next to the plant will do the trick and I like to use lengths of scrap cloth to tie the tomatoes loosely to the stake.

I like to keep my tomatoes happy throughout their growing season by giving them a weekly liquid feed with a diluted organic liquid fertliser, something like Seasol or worm wee is perfect.

Of course, tomatoes love company and there is no better companion plant for tomatoes than basil. Not only do they complement each other in the kitchen but they love growing in the same type of conditions in the garden so make natural and tasty companions 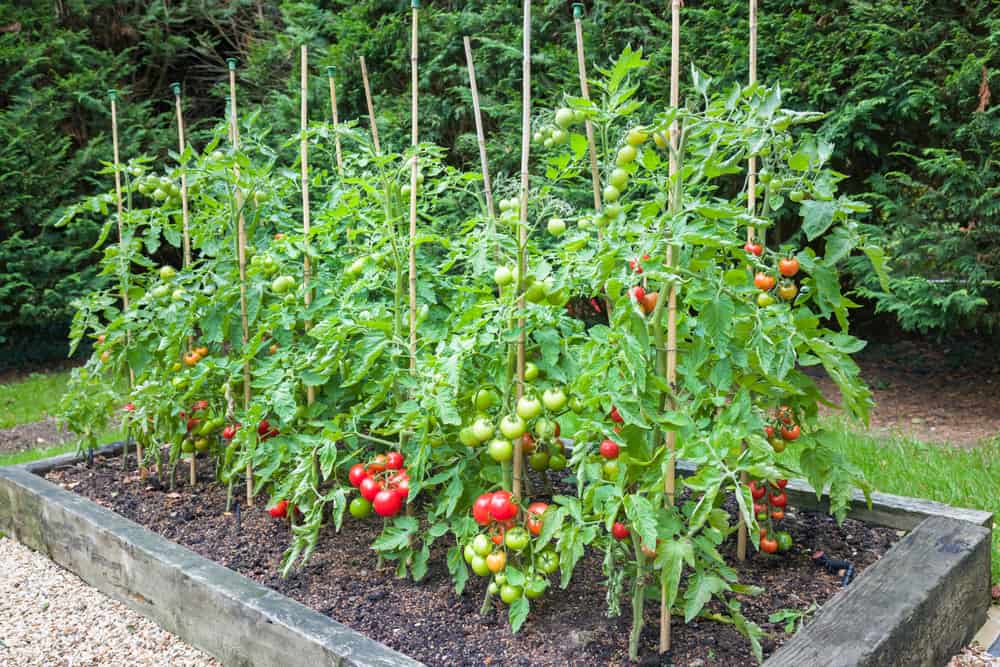 These tomatoes take about 10 weeks to ripen, and you can harvest them when they are a rich red in colour, and for maximum eating enjoyment, while they warm from the sun. If you’re in a cooler area, it’s getting towards the end of the season and your tomatoes are struggling to ripen, you can harvest them green and store them with a couple of bananas to help them ripen. Seriously! 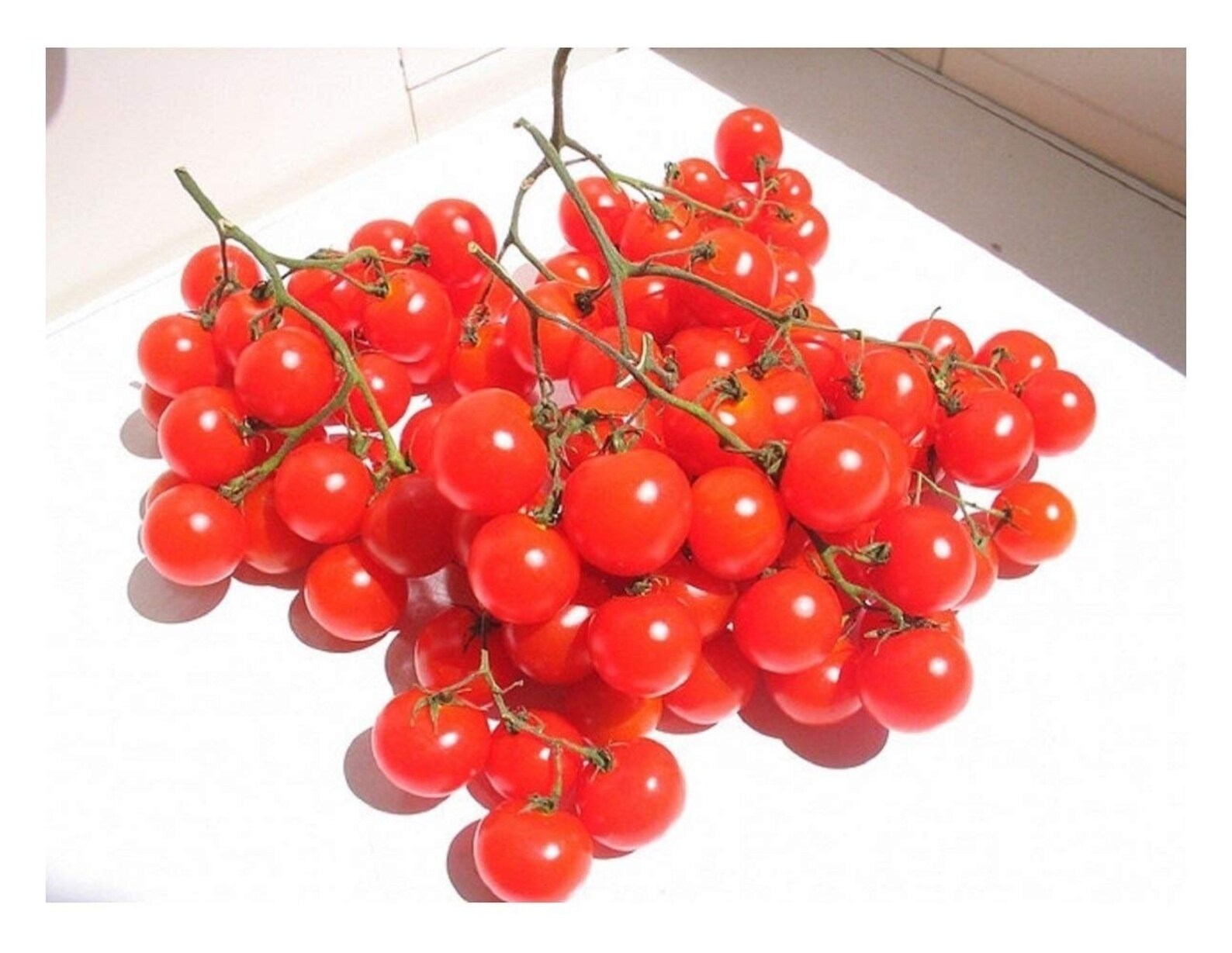 We all know that tomatoes are seriously tasty, but how good for us are they. Yeah, they’re super good for you. Tomatoes are the richest source of the antioxidant lycopene in western cuisine and are also chock full of Vitamin C, potassium, vitamin K1 and folate. What does this all mean? It means that the humble tomato has been shown to benefit your heart health, your skin health and also to aid in the prevention of cancer! Geez, at that rate, better have another one, or ten! 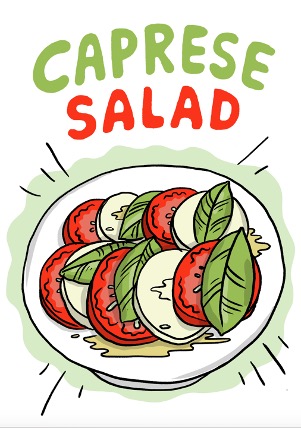 Obviously being the Caprese edition of the grow it local seed Subscription, a great use for tomatoes is to serve them up alongside some homegrown basil, mozzarella, a little red wine vinegar and plenty of salt and pepper in a caprese salad.

With smaller tomatoes like the Risenstraube, I like to preheat my oven to 200C, pop a stack of them on a roasting tray, dress them with olive oil, salt and pepper, then pop them in the oven until they just start to collapse. Whip the tray out of the oven and serve them up at a BBQ, with fried eggs, or through a bowl of freshly cooked spaghetti! 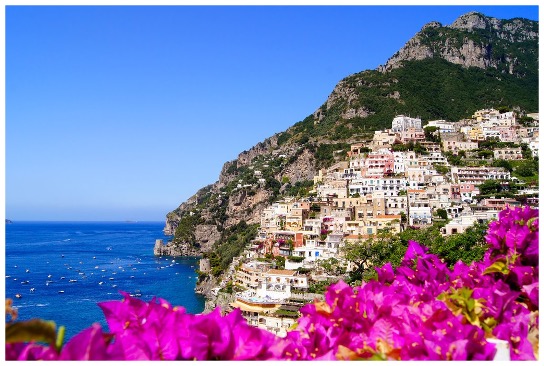 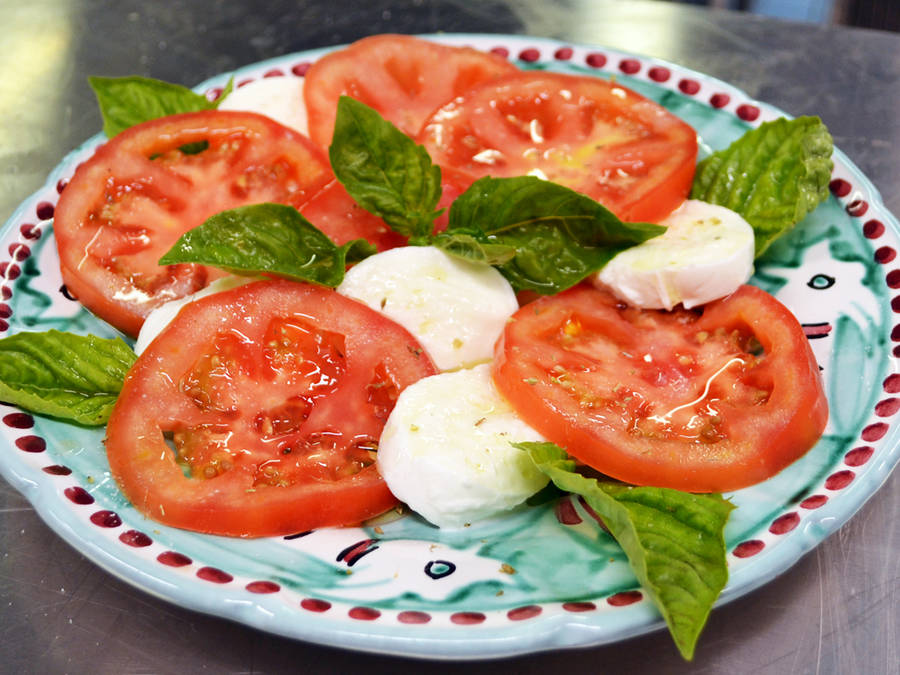 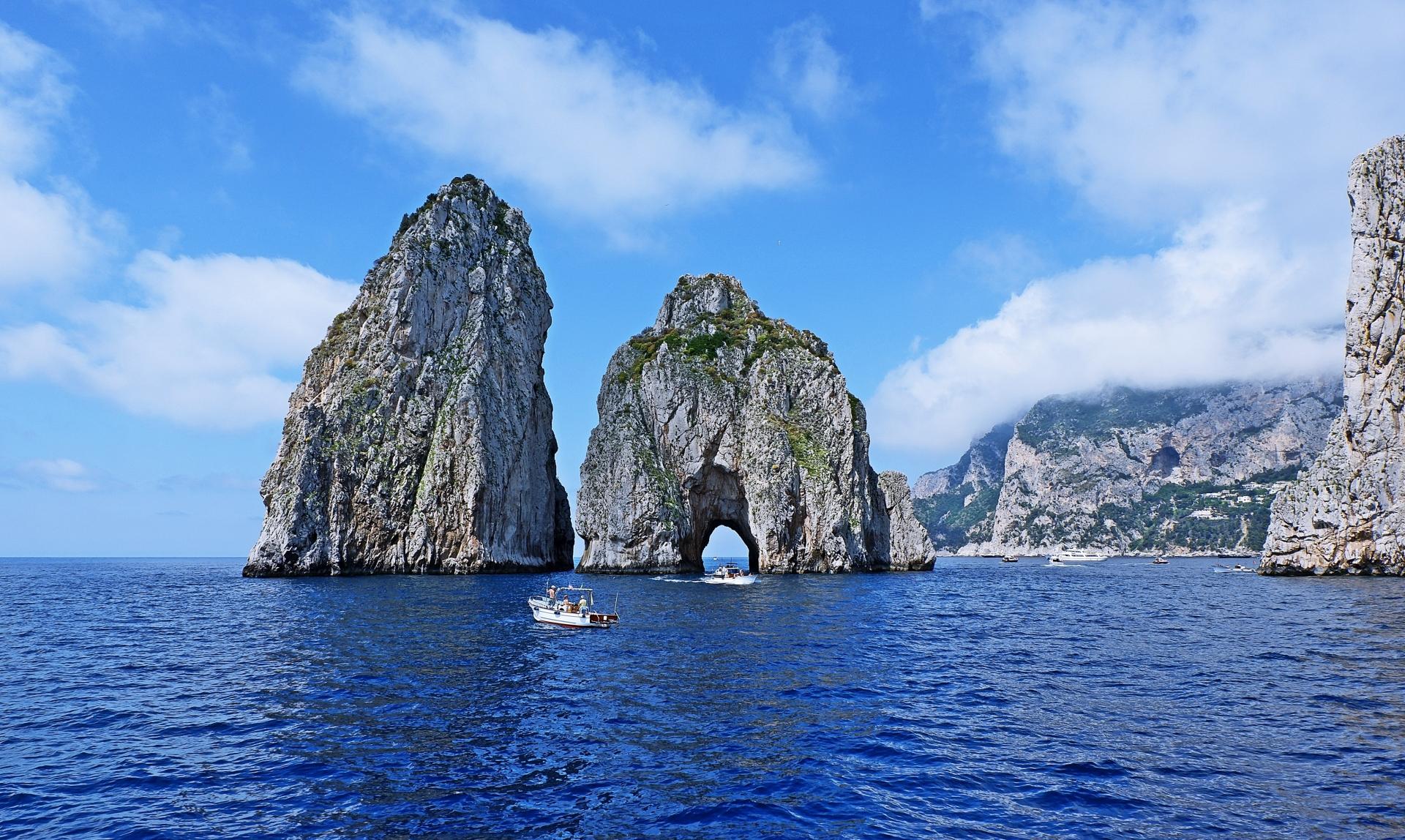 Q & A with Mike McEnearney